New Season! Just In! Everything on this rail £5!

And we’re off!
Two days into the new fishing season and fish are already falling for a hawthorn in some of the heaviest hatches of the long legged black buzzer that I can remember, reaffirming the premise that hawthorn hatches are always heavier following a dry winter, and finally it has been publicly acknowledged that there could be water shortages in the coming months. Too late to do anything about it but hey finally it’s out there. 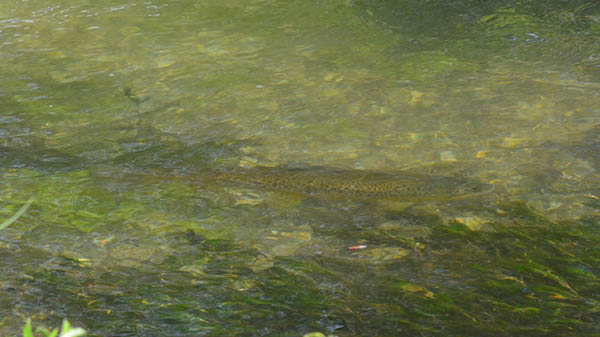 The water is slowly losing it’s winter colour but still carries a tint and spotting fish in the deeper stretches is difficult. We seem to have gained quite a few large triploid stockies in the past few months and a dozen or more of them huddle together in the shallow water in front of the fishing hut. The weed is slow to grow in the cold water and fish are easily spooked as the fringe has yet to attain its full height. 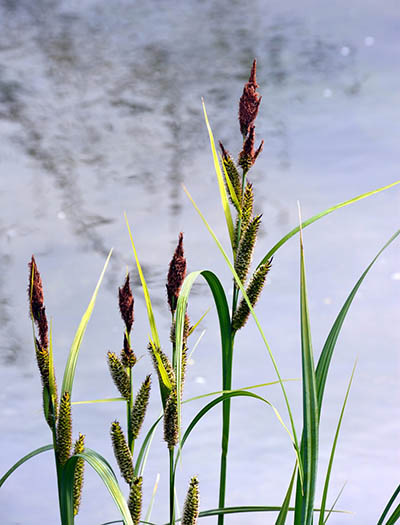 Grayling spawned successfully if on different shallows due to depth of water and inevitably a few senior fish washed up dead on the weed rack in front of the house.
There are few signs of silver fish in the pond getting jiggy although the water temperature is still quite low, but it won’t be long. Not seen many pike in the spring holes either and the dearth of large females may be a result of predation by otters. Saw the first swallow today which seems a little late and I have yet to hear a cuckoo. We are inundated with Ducks, Mallard mostly but as yet no ducklings. 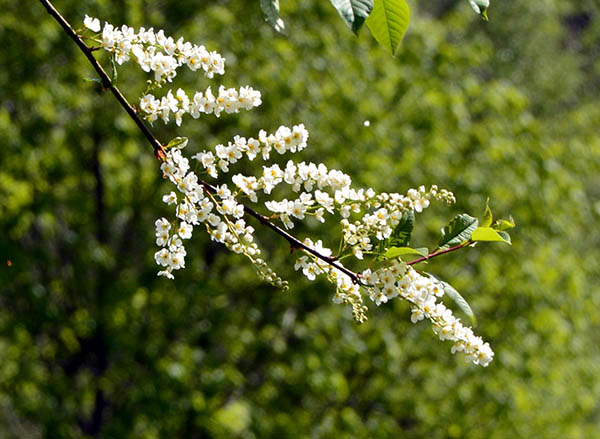 Wounds caused by our assault by chainsaw during the winter months are quickly healing and few scars remain other than the odd stump. The place changes with each day as buds break and more and more green appears. The fen and reed in the upper reaches that was attended to by the medium of fire is now unrecognisable from the black sooty patch of earth that it was for much of March. The benefit of setting fire to the thing is also clear to see. 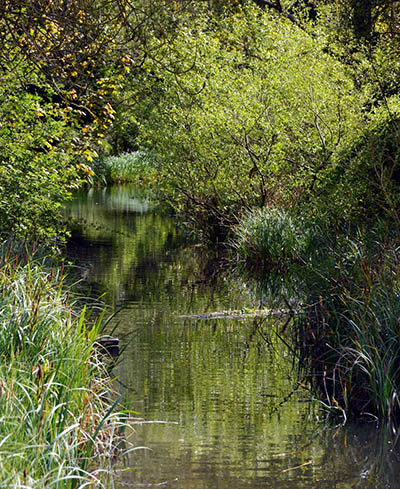 Sadly we lost three of our excellent chickens recently.
Reynard inevitably, probably feeding cubs somewhere.
And now I’ve a score to settle, a balance to redress and must don the poncho, hat and cigarello of the Man with No Name, compile a playlist of spaghetti western music for my phone and run the spiteful thing to ground.
I’m not a fan of the fox, neither are our resident pair of dominant swans who keep all other swans away who abandoned their nest after both of their eggs were carried off while I was away. 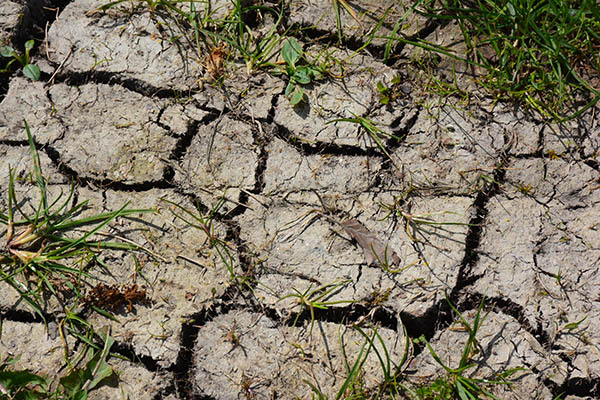 I’ve just come in from shutting the chooks up and the mother of all hail storms is getting underway which will come as a shock to the Wisteria which is approaching mid season form and some clematis that seems in a hurry to get on with 2017. Would that it were rain although it’s getting a little late for effective aquifer replenishment, although it may heal the cracks in the ground that currently give the paths and banks a mid July appearance. Cricket has once again broken out and parts of the Longparish CC outfield that lies a few yards from the banks of the main River Test are already brown.
In other news, Child A left home last week, and is currently housed in a super ground floor flat with boyfriend, a skip and a giggle away from Newbury High Street, the Kennet and Avon Canal and most of what this top town has to offer. It’s also cut her commute to Thames Valley Police Command Centre Central in half.
Madam is quite envious as it’s an area that she’s eyed for some years in her perusal of online property porn, and I’d have to concur as we both like Newbury.
One day perhaps.
Child B is on the cusp of completing his degree and much of last week was spent reading through his final report. Which was a good read regarding the future of an informal settlement/slum in Mumbai which functioned in a remarkably efficient way.
And so to the election.
Do we have to?

“Can’t we just fast forward to a time when everything’s ok again and people tell the truth and there is plenty of water flowing down this river.”
​ 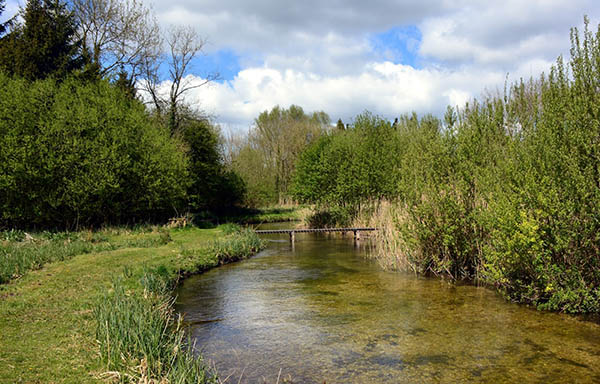 I don’t imagine environmental issues being very high on anybody’s agenda, there’s an austerity on (and don’t forget why there’s an austerity on). I have yet to read a manifesto that promises to stop pulling too much water out of the ground in this corner of England and sending it away to sea.
And then there’s the French elections, which are another worry
There was fascist graffiti in places we visited last week that weren’t there two years ago. How we created an environment in which such people consider themselves more relevant is beyond me and seems a bit backwards, haven’t we learned this lesson?
Dons loin cloth, scratches head, waves hand at the outside world and retreats, baffled at current state of affairs, to cave.
[h=3]Where to find more….[/h]

If you enjoyed this blog by Chris de Cani that we reproduce here with his kind permission, then please do consider subscribing at*http://testvalleyriverkeeper.blogspot.co.uk, or just catch up on some of his earlier blogs you have missed. They are always a fascinating insight into this part of the world and the life of the river and river keeper alike as well as just being a great read.