How to separate stuck rod sections

I had my top section stuck and couldn't part it from the other section for about 2 yes. I tried everything including freezing , blocks etc without success.
Loop tackle sent me this video link to try and it's brilliant it came apart as quick as what you see on the video.
Every time you go fishing make sure you have duck tape with you.

2 pieces of non-slip shelf liner sheet wrapped around each section works just as well to get a very good grip. No problem with the tape or adhesive stuck to your rod
G

kimbo said:
I had my top section stuck and couldn't part it from the other section for about 2 yes. I tried everything including freezing , blocks etc without success.
Loop tackle sent me this video link to try and it's brilliant it came apart as quick as what you see on the video.
Every time you go fishing make sure you have duck tape with you.

I watched this video a few weeks ago.

So simple to do as well.

I have a problem every time I break down my 12ft greyline, not anymore.

Just need to remember your tape.

2 pcs of neoprene does exactly the same thing. 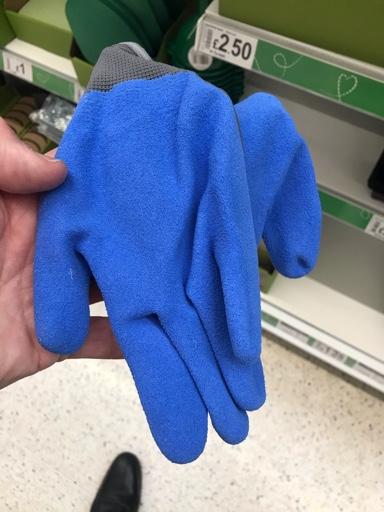 I keep a set of these in the boot of my car for that purpose.
Stops your hands slipping down the blank.

Two pieces of old bicycle inner tube for me.
G

I keep a set of these in the boot of my car for that purpose.
Stops your hands slipping down the blank.


Sent from my iPhone using Tapatalk Pro
Click to expand...

How I’ve done it in the past but somehow my gloves I keep in the boot of the car disappear.

I you don't manage it on your own try with a helper. Four hands and these must be positioned like that: yours and his on the top section and on of yours and his on the bottom section. Then twist. Like that I have got many stuck rod parts apart without any damage. I learned this a long time ago on a trip through Montana. A fly shop owner showed me this and we were even doing this with 6 hands! I brought the (new) rod home safely.
Icelander05

I tried the four handed method before many times without success, tried the inner tube and marigold option but nothing worked, this method was so quick and easy on your own. It depends how stuck it is as to what method works,. Mind was stuck together for 2 yes and dvdn after many uses still fic not come apart until I used the tape method

You would think the tape would or could remove varnish?

2 pairs of Mole Grips for me
Seriously I use Graftolin. It comes in a stick that you wipe over the joints every now and again. It stops the joints wearing and never had a problem with sticking.
R

A pair of surgical gloves in my tackle bag has saved me driving home with two pieces of rod sticking out of the window on many occasions.
R

Try what i do if all else fails-wrapp bag of frozen peas in a towel and sit on the joint for 20 mins, ive always did this and its always woked frees it right up and dont need excessive force to pull sections apart, never caused any damage

As can be seen from the video most of these tricks were tried before it was taken in to the shop, it just depends how tight it is stuck
P

Second the Grafitolin shout above, its a maintenance essential. You should also watch some of Kelly Galloups other videos, especially where he discusses modern reels, lines, testing rods etc., very refreshing and enlightening from someone experienced within the industry.

Holding the joint under a steaming kettle can work. If you think it may be a water vacuum holding them stuck you can try freezing the joint with bags of peas etc or if you have it - plumbers pipe freeze. It should pull apart easy enough if the water inside the joint is frozen.
There’s the roll and pull method as well but you need a helper for that.
G

Had 2 joints stuck on my 15 ft. Hardy Swift. There was no way they would part despite trying every thing. The rod maker ended up having to cut the female ferrules a bit. Unfortunately he was /has not been well and I have lost my new rod. Tried Hardy for a new top piece but no luck. Offered me a discount on a new top of the range Hardy rod. Must be a lot of dead rods if a couple of years is a life time guarantee. Tried out my old Bruce and Walker and it seamed so heavy.
Bob.

When pulling with a gripping surface of some kind does not work I use hot or cold. In the winter I have a thermos of hot tea or coffee and pour that over the joint and it has always worked. In the summer I have poured ice water from a cooler over it and that has worked. Most problems for me are in winter and using the hot liquid has always worked.

All the methods mentioned already will work sometimes but this will work every time.
Cut six strips of wood about 5mm thick 10mm wide and about 70mm long.
Tape both sections of the rod with masking tape and then tape three pieces onto each section adjacent to the ferrule.
This gives you a grip like a gorilla as you are now gripping on a tube about 15mm diameter instead of 5mm diameter (think thin handled screwdriver compared to big handled screwdriver) - which gives you the strongest grip?
This will take apart any stuck joint.

The two bits of gaffer tape as described in video seems much simpler and quicker than everything mentioned so far.

Location
Bavaria - too far away from salmon spots

There were always nearly as many suggestions and trial and error as destroyed rods.
Some graphite composite materials, depending on structure, are doing not what is expected. They can expand, when exposed to low temperatures, at least the Graphit fibers itself in general show physically the lowest expanding coefficient after glass and ceramics (around 0). And our rods are always a composite of different materials in differing structure, whipping, etc.
Whole rods in freezers or ice around ferrules: It can work sometimes, simply because of temperature change, resulting in minor connection change between both parts (or for particles/dirt and water between !).
For this effect it doesn’t matter which part of the ferrule is treated that way, wrong or right piece, mother-piece or father-piece, because every graphite composite material is too good in thermal conductivity. One can’t freeze one part down fast enough while keeping the temperature up in the other part.
As said, sometimes it works as the most gentle method for the rod in a real serious case. It’s definitely worth a try before too much force is used.

Mostly rod parts have to be taken apart mechanically with power. Grip is the problem, exactly as explained in the Video.
I don’t use tape.
More simple, a piece of Thera-band in the jacket and in the car for grip does a great job too. And one doesn’t have to be in sorrow of the varnish and no workaround after use because of left glue or any other problems.
Pulling apart straight behind the knees when alone or two people crosswise with grip of Thera-band. Dry rod and dry hands!
It always worked this way. Even with an old Loomis of a friend, stucked together in all three parts, „parked“ in the garden for two years... after all methods.
A big but - also to the video:
Always pull straight and never turn the parts if it’s an older rod. It can be done with Sage rods of course, because of warranty...

Best is, to avoid it from the beginning:
Wax on ferrules (or Loon Grafitoline, if one doesn’t care for black grease finding its way to nearly everywhere...).