it became quiet after lunch and i had one more small sea trout.At about three oclock we saw a family of mink crossing the lough so the gillie told us to reel in we rowed along side the family and proceeded to lenghten the line we threw a lovely line in tandem in front of the mink struck and we were into two lovely nink of about 3 pound apiece both taking the red arsed green peter we landed and dispatched with them 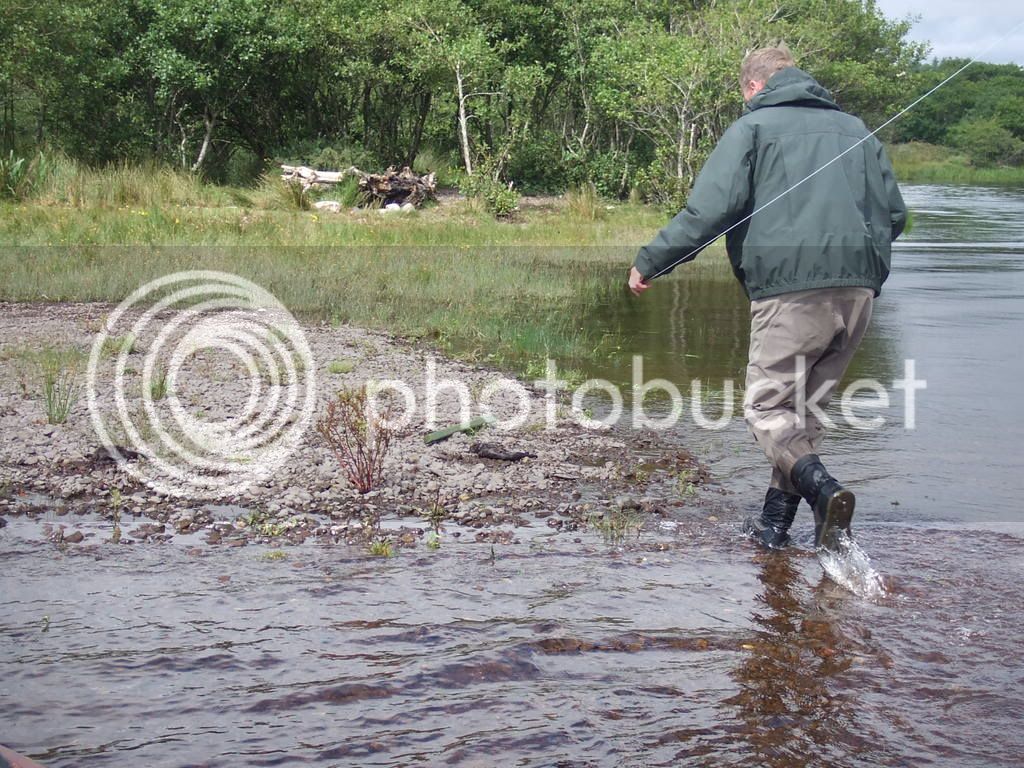 .we called it a day at five(as we were wrecked from the drive) we went out for a lovely dinner and took refuge until 12:30 in the local pub. Then it was up at half five the next morning to fish butlers pool strech of river at a couple of hunred meters long it joins the sea to the lake.

i started 100 meters above the sea in the bottom pool an within ten casts bang!

we were off the beat at half ten and had breakie at the b and b and were on the way home it was a tough drive but i think it was worth it with the added bonus of piping my good uncle but i will be honest its the first time its happened. atb ryan
C

well done ryan looks a nice place to fish water looked to be dropping you know me i dolike the extra bonus for the mink were you using your one fly the one u gave me ?
R

Loooks a fun few days ,love Waterville superb buzz to the place trust yoou spent your drinking time in the Lobster ,have had some wild nights there with the local mafia aka O'sullivans ,not qite the bar it was twenty years ago ,but what is .
Who did you have a ghillie ???
R

sounds like a great couple of days Ryan, lovely plump looking grilse that I am sure put up a good fight some nice pixs as well, a good photographer as well as fisher
D

We were in Currane around the middle of June and it was very quiet - maybe next year we'll go in July instead!! How do you go about getting on the Butler Pool?
A

Dee shrimp said:
We were in Currane around the middle of June and it was very quiet - maybe next year we'll go in July instead!! How do you go about getting on the Butler Pool?
Click to expand...