by Dylan Brown, E&E news reporter
The company behind the Pebble mine project in Alaska and U.S. EPA yesterday told a federal judge they are just one week away from settling long-running litigation over Obama-era proposed mining restrictions.
The agency and Pebble LP, a subsidiary of Canadian firm Northern Dynasty Minerals Ltd., filed a joint motion in Alaska’s U.S. District Court.
“The parties have identified a likely framework for settlement and request a short, one-week extension of the current stay to allow the parties the time necessary to finalize the agreement and obtain the required approvals,” it states.
EPA previously denied that it colluded with anti-mining activists on proposed Clean Water Act mining restrictions in the salmon-rich Bristol Bay area.
Now Pebble CEO Tom Collier said the two sides have found common ground under new EPA boss Scott Pruitt about the future of environmental reviews for the project.
“On that basis, we anticipate achieving a resolution to these matters next week,” Collier said. 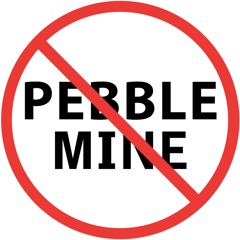 Click the logo and sign up to support the Say No to Pebble Mine cause.With opposition already bracing for lifting the restrictions, one of the mine’s top critics lost her job leading an Alaska Native group this week because she took a position on a new Pebble advisory committee.
The board of directors for Nunataq Aulukestai, a nonprofit collective of tribal officials from around Bristol Bay, removed longtime Executive Director Kimberly Williams after she notified them she would soon be stepping down to join the committee.
The group accused Pebble of buying off Williams with a stipend, travel compensation and other benefits, but Williams told local radio station KDLG that her opinion was unchanged against the mine.
Pebble declined to confirm the existence of any advisory committee, but spokesman Mike Heatwole told the Alaska Dispatch News that announcements on several initiatives will be coming soon.
Natural Resources Defense Council Western Director Joel Reynolds told the Dispatch News he, too, was offered a spot on the committee but refused because the plan is “uniquely reckless.”