In fairness many of you are the same. The BBC is BAD! Always. No nuance in that. And like I said. I will hunt you down if that means I lose The Archers.
S

mows said:
Saffy, I think the point 're BBC, is that in the strap line it merrily states
" but no new jobs will be created"

When surely the strap line should have been

As a professional wordsmith, surely you recognise how poor, the negative sounding BBC strap line is.
Click to expand...

Oh, you want them to *spin* the news? Like many of you say they shouldn’t - just report the facts?

Safranfoer said:
In fairness you don’t know that yet. But if Nissan staying in the UK means we have a deal, then hopefully we’ll never find out.
Click to expand...

Still utter bo**ocks.
We have a friend in the Donald, oops Joe.
Who the feck is in charge over there anyway?
And we are arguing about Dominic Cummings?
W.T.F.?
M

Safranfoer said:
Oh, you want them to *spin* the news? Like many of you say they shouldn’t - just report the facts?

Highlighting no "new jobs" in the strap line is spin it ever I saw it.
O

Did I ever tell you that I have a minor supernatural power? Watch this

Item 1. That dirty scumbag Cummings has been forced out of his job (ha! and hooray)

Item 2. That dirty scumbag Sutcliffe is dead (hooray!) he had covid (ha!)

Item 3. The marvellous BBC host an TV evening of delight that raises millions (how superb are we)

Item 4. Something about R numbers

Regional News (In the North East)

Item 2. Total About Face by North East biggest employer effectively cancelling out their previous No 1 news item highly politicised grab for concessions and grants from the Govt by using the tactic of threatening to withdraw from the UK in the event that Brexit goes ahead
Last edited: Nov 13, 2020
O

Safranfoer said:
In fairness many of you are the same. The BBC is BAD! Always. No nuance in that. And like I said. I will hunt you down if that means I lose The Archers.
Click to expand...

They're like Mercedes nowadays, trading almost exclusively on reputation. They should be an awful lot better for the money.

ozzyian said:
They're like Mercedes nowadays, trading almost exclusively on reputation. The should be an awful lot better for the money.
Click to expand...

and they have an emissions scandal!

Safranfoer said:
That’s your bias showing, not the BBC’s. Diwali is a festival celebrated by members of pretty much every community across the country. NOT losing jobs in one community doesn’t trump that in news terms. Diwali is tomorrow. You don’t celebrate it. Fine. But many British citizens do. Tell me - why shouldn’t the BBC cover it?
Click to expand...

I can't recall the BBC giving such prominance to Diwali in the past and I'm sure that the 98% plus of the population who are non Hindus would prefer the good news of 6000 jobs saved at Nissan and the positivity that engenders. I suspect a scintilla of wokeness on the part of the BBC.

how many hindus in uk - Google Search

It was interesting that the BBC Scotland Radio news gave continuous coverage to a Rutherglen G.P. (only one person nationwide)
objected to dewali being treated differently from Christmas by ScotGov as far as student homecomings were concerned.
I just don't get the Beeb. Really.

Still nothing on the 10pm news and the reference Saffie made re the BBC report - it was on the BBC Tyne and Wear local area web page. Hardly something the mainstream public would look at.

tenet said:
I wonder if the BBC will report the good news. No - 25 mins into the 6 o'clock news and a long piece on Diwali not a squeak bout Nissan.

Is this the same news story that was covered in March ? 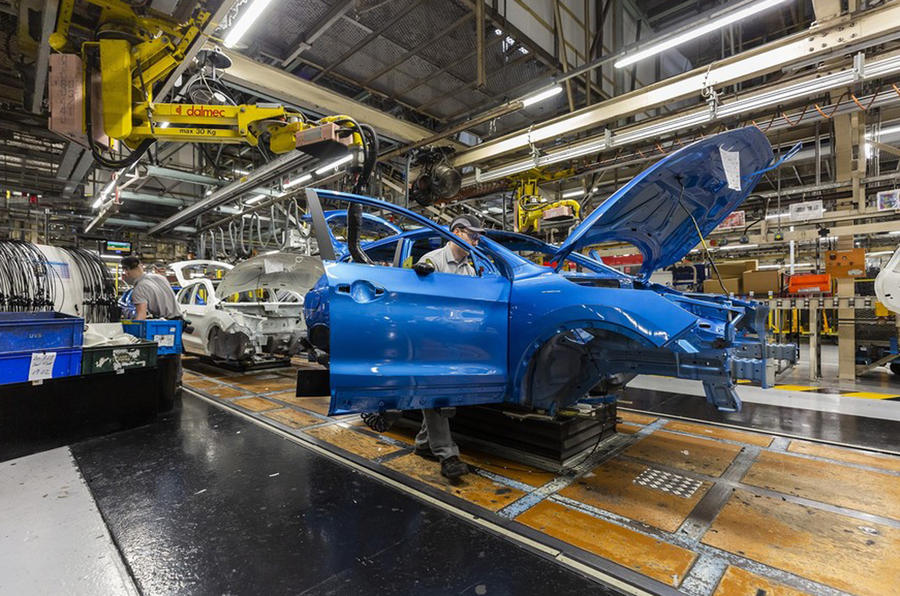 carrowmore said:
Is this the same news story that was covered in March ?


Sent from my iPhone using Tapatalk
Click to expand...

From Theo Leggett BBC business correspondent in March this year.

Nissan's European chairman Gianluca de Ficchy has repeatedly warned that the company's entire European business could be at risk if the UK and the EU don't do a deal that safeguards frictionless, tariff-free trade across the channel. He repeated the point just last week.
His argument is that because around 70% of the cars built in Sunderland are exported to the EU, the introduction of 10% tariffs (under WTO trading terms) could undermine the company's business model in the region.
Despite that, it's clear Nissan is pressing ahead with substantial new investments at the plant and has every intention to build the new Qashqai there. So has the company been crying wolf? Are Mr de Ficchy's public statements just empty threats?
Company insiders insist that's not the case. There's a difference, they say, between current investments that have already been in the pipeline for years and the long-term strategy for the business.
And just because its immediate future seems secure, there's no guarantee the plant will be awarded more business when its current contracts, including the new Qashqai, come to an end.
O

Tyke777 said:
The self same news https://doggerbank.com/ the worlds largest offshore wind farm, being serviced and operated via Teessport which itself is getting multi-million pound upgrade that will help Brexit-proof Teesport and cement its position as the "UK’s northern gateway for international trade"

Teessport will become the UK's first of 10 Freeports, lets hope it can get the status by the end of 2021

Just watch this space over the next few years, the North east is going places, jump on if you fancy the ride
Click to expand...

The North East is the only region of the country with a trade surplus. You know, like we manufacture and export more than we consume. With the freeports, tax free industrial zones around the country but particularly in the North East, I expect investment to flood in to a region which has a long established excellence in engineering, manufacturing and high tech, low wages, low cost of living, etc etc...
I have travelled and seen first hand the impact of freeports and tax free industrial zones on areas of the world. It's huge and done right will regenerate the region and provide high quality, high tech, highly paid jobs for an area which is already the success story of UK manufacturing.

From a proud North Easterner.

Edit: sticking to topic, none of this possible with the UK remaining in the EU.
EU rules are fine but not when we live in a global marketplace and everyone apart from the EU plays by very different rules.
The EU reminds me of communism, fine if the whole world does it and there is no corruption amongst the ruling class, and its not competing against capitalist superpowers. Otherwise, its ****.

Really interesting article https://unherd.com/2020/11/brexit-makes-more-sense-than-ever/ which could be filed under "remainer in "OK to leave the EU" shocker as the penny drops":

"The words “post-Brexit Britain” conjure up an unfamiliar environment fraught with danger. By voting to leave, we’ve supposedly condemned ourselves to a future full of uncertainty, while our neighbours remain secure within the European Union. But as we’ve seen, the post-Covid world means risk and uncertainty for all.


The only way that any nation can prevail in such circumstances is to stay adaptable. We must react with speed and agility to the risks that we can manage, while reducing our exposure to those that we can’t. Remaining in the EU would have compromised our freedom of action on both counts.


It is not that the EU is completely paralysed. As the recovery fund demonstrates, it is capable of changes of direction — albeit after a protracted period of wrangling. However, when the breakthrough does come it is always in the direction of further integration, of further compromises to national sovereignty. In voting to leave we did not just leave the EU as it was in 2016, but also the EU as it is now becoming.


As a result, we still have the opportunity to make the wise and timely decisions on which our future depends. Of course, that does not mean that we will — because that requires a competent, visionary government.

“I was right” based on confirmation bias of something that still hasn’t happened yet.

But you’ll still have your blue passports

Deleted member 945 said:
“I was right” based on confirmation bias of something that still hasn’t happened yet.
Click to expand...

They can’t stay away

Curiouser and curiouser, said Alice as she disappeared down the "cybernumpty wormhole"

Meanwhile, where HAS the OP disappeared to????
O

Curiouser and curiouser, said Alice as she disappeared down the "cybernumpty wormhole"

Meanwhile, where HAS the OP disappeared to????
Click to expand...

same thought had occurred to me

And I'm half expecting to be called out and falsely accused again by "Old King Compo II", a la yesterday on Coronavirus...

T7 and PP routinely liked each other’s posts. And have had real life interactions with other members of the forum. What’s curious?

I hope walleye is ok though. You never know these days quite why people are quiet. I hope it’s through choice and not illness or any other problems. 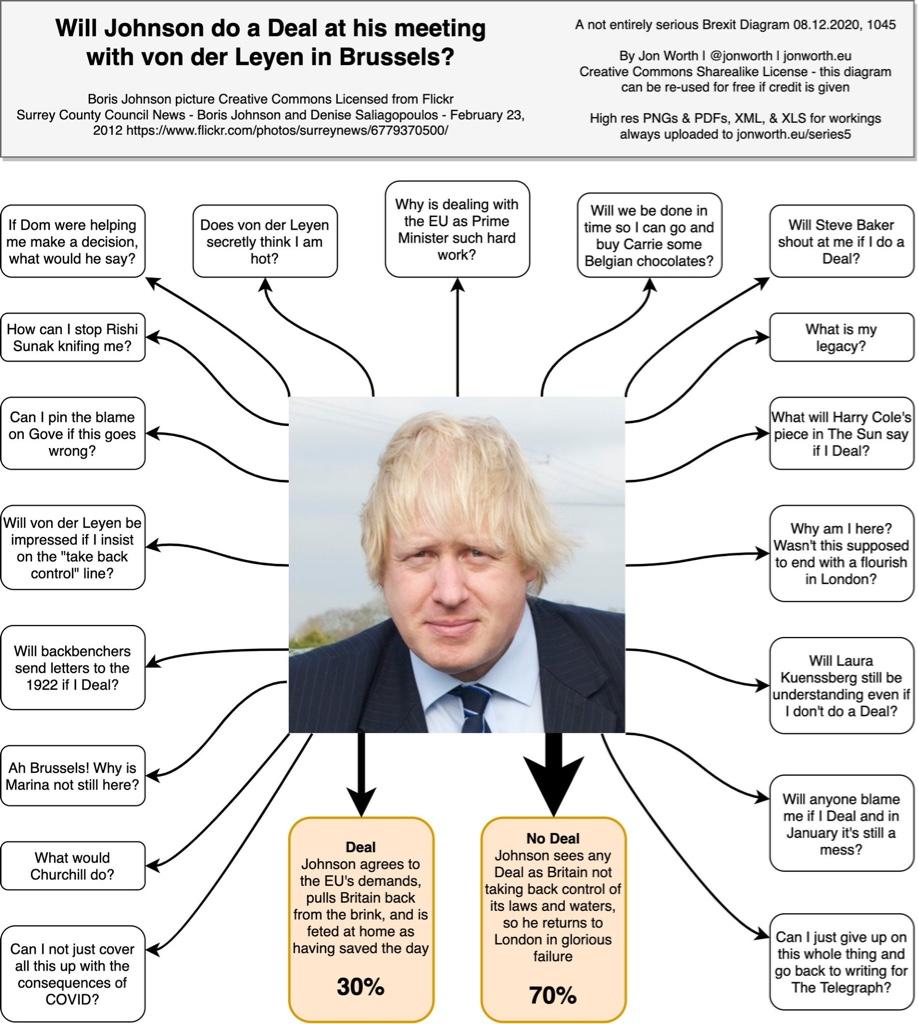 Sent from my iPhone using Tapatalk

I'd prefer higher odds on No Deal, but will take 70%

seeking said:
I'd prefer higher odds on No Deal, but will take 70%
Click to expand... 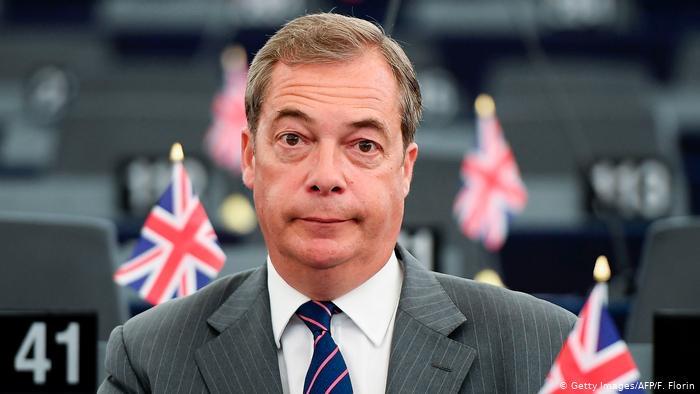